Redressing a flood of historic injustices 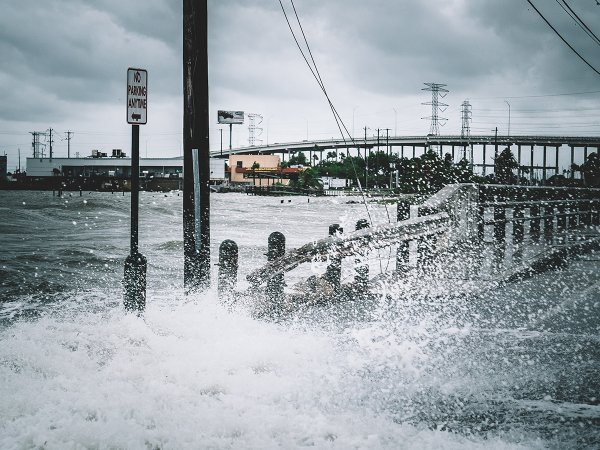 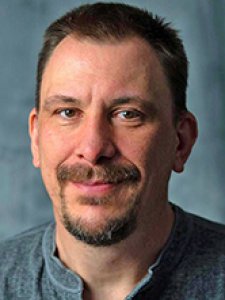 Coastal cities and towns are facing stark choices as people’s daily lives are disrupted by rising sea levels. In Norfolk, Virginia, people are checking tides when planning their route to their children’s school. Roads in areas of Hampton, Virginia, are flooded frequently enough that they feature “no wake” signs.

In some cases, issues like these will be addressed by raising roads and rebuilding bridges at higher elevations or elevating entire portions of cities. In other places, however, communities are confronting the fact that maintaining access to some places may be futile or cost so much as to not be a responsible use of tax dollars.

Deciding where and how to invest is complicated by issues of equity and social justice because the very structure of our communities embeds racist practices of the past. Redlining, a historic practice of systematically denying financing and divesting in predominantly African American communities, is reflected in current property values and degraded quality of infrastructure. Thus, basing questions of investment on property values or other seemingly colorblind criteria perpetuates injustice by extending the divestment. In other cases, people who have had stakes in coastal landscapes, especially Native Americans, have not only had their land expropriated, but have also been depicted as extinct in public memory (the stories we tell ourselves about places), despite maintaining continued presence in communities. 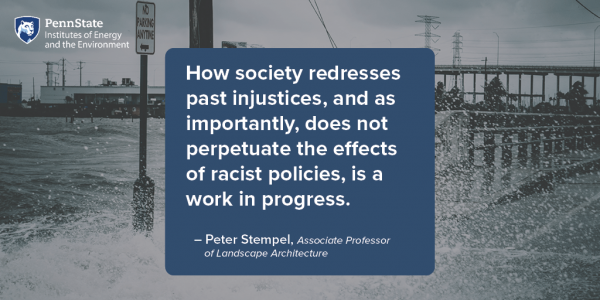 How society redresses past injustices, and as importantly, does not perpetuate the effects of racist policies, is a work in progress. Varying advantages between communities, such as the availability of full-time staff to apply for grants, complicate federal goals of redressing injustice because some communities simply are not able to apply for grants. In the simplest terms, there is a need to explore both the range and nature of injustices and means of redress if we’re going to surmount this problem more widely.

Where students make a difference

To address this, my students and I took the opportunity to use Penn State’s entry to the CERF competition to build a design studio around better understanding the past to inform the future.

We developed our competition entry using a multidisciplinary design studio that was part of Penn State’s Landscape U program that allows students across multiple disciplines such as landscape architecture and civil engineering to work together. We also secured  the help of two experts, a historian and a coastal manager, who supported the students in the studio as they constructed a social ecological history of the competition site in Hampton, Virginia. The concept of a social ecological history is that people and ecology are distinctly linked, and that transformations of society and ecologies go hand in hand.

What the students uncovered still gives me chills. You could see how the form of the landscape changed from the period prior to colonization to the present day, and how historical events were tied to the unique ecology of the place. A simple example is how African American refugees in the Civil War relied on oysters to survive when rations provided by the Union Army proved insufficient. Those refugees reconstructed a portion of the destroyed city in what was called the “Grand Contraband Camp” outside of Fort Monroe. We came to understand the radical ways in which the landscape has been transformed through time, and, in lifting our gaze from the present moment, could see the current moment as one in a long series of transformations. Armed with this perspective, the students looked ahead to the deep future to consider what, if anything, we might learn to inform the present.

The work illuminated the ways in which transformations wrought by climate change give us a chance to reassess the past, both in terms of justice and ecology. For example, by re-marking the boundaries of the Grand Contraband Camp, its presence could be memorialized, and the kinds of civic uses of spaces that must be reconstructed due to sea-level rise could be reconsidered.

Sea level change also has the potential to remake our relationship with the coast because retreated spaces may be regained for ecology, restoring a healthy coastal margin; access that was formerly blocked may be re-opened as lands move back into the public trust. Ecology and equitable access to recreation and resources can go hand in hand if we’re conscious of the opportunities.

The competition judges remarked on the eye-opening nature of Penn State’s proposal that moved beyond near-term adaptations and revealed how sea-level adaptation may present unique opportunities to right past wrongs by restoring historic access and uses.

This was exactly our intention in conducting these studies, to bring new ideas to a wider audience of practitioners actively engaged in coastal adaptation. This affirmed to us that our emphasis on justice and ecology was extremely well received by the audience we intended, and that in doing it we’re preparing Penn State leaders to create a more ecologically sound and just future.