The past, present, and future of Eastern California 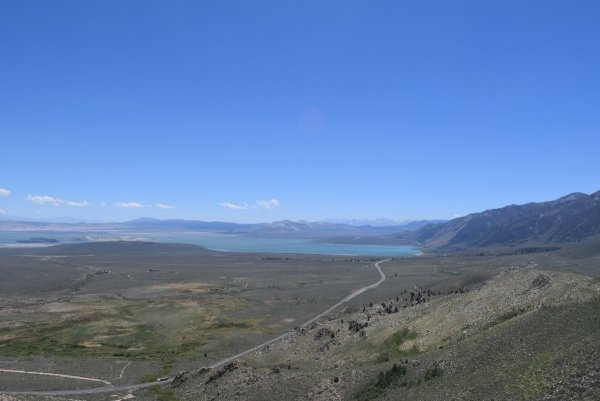 How can an ecologist, hydrologist, or climate scientist predict the future? Not an easy task, but understanding the past – specifically, the recent geological past – can help tremendously. Geological perspectives on the ecology (plants, animals, wildfires) and climate (rainfall, temperature, etc) of vulnerable regions are vital to predicting the impacts of global warming on ecosystems around the world. Water-limited, arid regions like the western United States are already experiencing severe droughts, dramatic rises in temperature, and deadly wildfires, and geoscientists are working to develop detailed histories of the impact of past climate changes.

For my Ph.D. research with Sarah Ivory, I am part of a collaboration of paleoecologists, paleolimnologists, and geochronologists from Penn State, the University of Kentucky, Indiana State University, and Lawrence Livermore National Laboratory. We aim to understand the last 60,000-year history of Mono Lake and the nearby Eastern Sierra Nevada. We recently spent two weeks collecting dozens of samples of pollen, algae, and ostracods buried in lake, stream, and soil sediments in and around Mono Lake, California. These geological samples will help us understand how climate, plant and animal communities, and fire regimes interacted and changed in the past. In turn, knowing the results of those past “natural experiments” help us to predict future changes by having a baseline understanding of how a region responded to climate change. 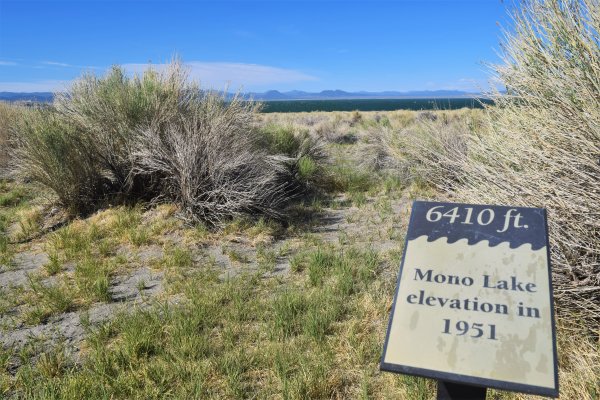 Mono Lake and the Eastern Sierra

The Eastern Sierra Nevada and Mono Lake region are invaluable ecosystems that serve as the primary water source for millions of people. Mono Lake itself has no outlet of water except by evaporation, making it about four times saltier than the oceans and extremely sensitive to rainfall and temperature changes. The lake has shrunk considerably since the end of the last Ice Age (about 16,000 – 9,000 years ago) and even further since the 1940s when the city of Los Angeles began diverting water. Much of the valley is covered in sediments that were once lakebed. Most of those lake sediments, called the Wilson Creek Formation by geologists, are now high and dry, exposed throughout Mono Valley.

Plants grow along altitudinal zones largely controlled by the amount of moisture they receive and the soil on which they grow. Sagebrush grows throughout the valley with small pinyon pine and juniper woodlands along the hills. Larger Jeffrey pines and silver firs grow higher up in the Sierras. Our work has shown that during the end of the last Ice Age most of the lower elevations were covered with junipers and other trees right down to the lake. Substantial populations of Ice Age mammals also lived in the valley. Where dozens of mammals (camels, mammoths, antelope, wild horses, etc) once roamed, today only mule deer and the occasional feral horse herd are found. Wildfires, traditionally thought to be uncommon, are increasing in frequency and severity. Just last year, in 2020, a large part of southern Mono Valley burned.

Our fieldwork covered just about everything from the High Sierra down into the Great Basin Desert. For my own research, I collected modern soils samples from all kinds of plant communities throughout the region as well as Wilson Creek Formation sediment samples. I’m hoping to find pollen grains in them. Many plant families (and sometimes species) have unique-looking pollen, enabling us to identify the plant type that produced the pollen. I can compare the types of pollen grains found in the soils – called an assemblage – to the plant communities in the area. That will let me make comparisons between the ancient Wilson Creek Formation pollen assemblages and the modern ones. Climate and, very importantly, the fire history surrounding the ancient Mono Lake (about 60,000 years to 9,000 years ago) can then be inferred by making comparisons between the modern and the ancient samples.

More work to do

The samples of mud and soil we collected will require quite a bit of processing in the lab before they can be analyzed and counted under microscopes. That work will take months, years even, and there’s so much left to learn.