Growing Impact: Moving away from coal 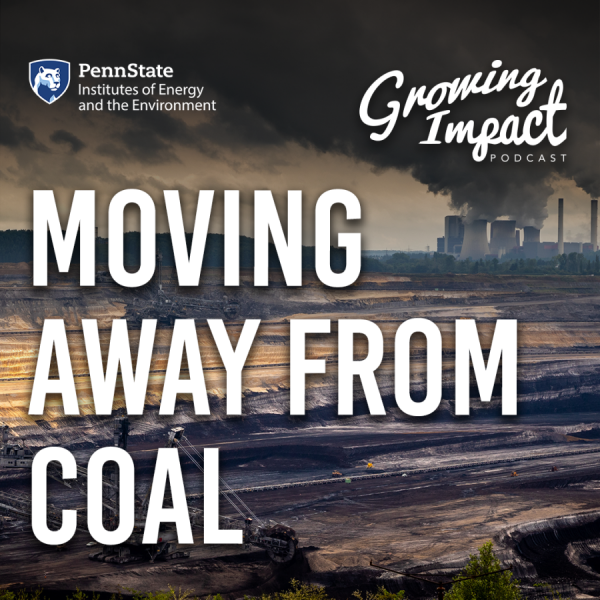 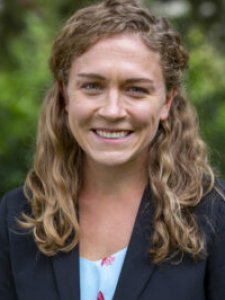 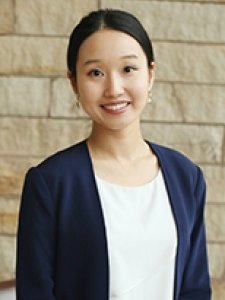 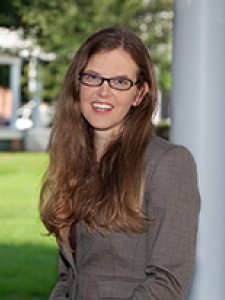 This episode of Growing Impact features Emily Pakhtigian, assistant professor of public policy and the Jeffrey L. and Sharon D. Hyde-McCourtney Career Development Professor. On the podcast, she discusses her seed grant project, titled “Assessing Distributional Effects of Coal-Fired Power Plant Operations on Pollution and Health,” through which she and her colleagues are investigating how the transition away from coal-fired power plants is impacting the environment and health of communities in Pennsylvania.

HOST: Welcome to Growing Impact, a podcast by the Institutes of Energy and the Environment at Penn State. Growing Impact explores cutting-edge projects of researchers and scientists who are solving some of the world's most challenging energy and environmental issues. Each project has been funded through an innovative seed grant program facilitated through IEE. I'm your host, Kevin Sliman. Today on Growing Impact, I speak with Emily Pakhtigian, an assistant professor of public policy, and the Jeffrey L. and Sharon D. Hyde-McCourtney Career Development Professor in the School of Public Policy at Penn State. We discuss her project titled “Assessing Distributional Effects of Coal-Fired Power Plant Operations on Pollution and Health,” through which she and her colleagues are studying how the transition from coal-fired power plants to other fuels or resources such as natural gas and renewables is impacting the environment and the health of the surrounding communities in Pennsylvania.

HOST: Emily, I’m so glad you could join us on Growing Impact. Welcome to the show.

HOST: Can you tell us about your seed grant program and give us an overview of what you're working on?

HOST: How many coal-fired power plants are there in Pennsylvania?

HOST: Are the coal-fired power plants that are closing down—are they closing down permanently and no longer using any sort of fuel? Or are they transitioning and moving to different sorts of fuels, either renewables or natural gas?

EP: This is a great question, so it's kind of a combination of the two. Some power plants are completely offline, completely retired. Others do see some of these transitions—either certain units that were previously coal and are transitioning to natural gas or kind of complete transitions towards natural gas. So it's kind of a combination of both of those scenarios. So in some of the areas where coal-fired power plants were once operational, there is kind of continued electricity-related activity via natural gas. But in others, we do see complete closures.

HOST: The title of your project is “Assessing Distributional Effects of Coal-Fired Power Plant Operations on Pollution and Health.” Can you help me understand what assessing distributional effects are and what that means in your project?

EP: A part of this project is really trying to understand what types of energy transitions could be, kind of what we'll label as just energy transitions. And so what I mean by that is trying to think through kind of what the overall impacts will be from transitioning away from dirty or burning fuels like coal and towards cleaner-burning fuels like natural gas potentially as a stopgap measure, but then ultimately renewables. And so one thing that has been fairly clear in the literature out there that has become increasingly apparent as people are having conversations about environmental justice is that there are heterogeneous impacts of industrial pollutants, of toxic waste repositories, of coal-fired power plants on different populations. So where this is most often seen is that low-income or minority populations are often more likely to live near these pollution-generating facilities and thus bear a disproportionate impact of their continued operations. What this also means is that there could be kind of a greater benefit to some, to some communities of the reductions in these types of operations, right? So if a neighboring community is experiencing disproportionate cost of continued coal-fired power plant operations. Hopefully, they too experienced kind of a disproportionate benefit of their closure. And so what we're really trying to understand is, what are those heterogeneous impacts here in Pennsylvania? What communities are experiencing greater costs of these continued operations? And can policies step in to try to determine potentially more just the energy transition pathways to kind of reduce the disproportionate harms and improve the benefits of kind of cleaner environmental conditions, the cleaner energy generation?

HOST: Could you discuss what you hope for this project to achieve?

EP: We have kind of a variety of kind of research as well as kind of outreach-related goals. So really our main research goal is trying to understand the kind of exact relationship or as close to the exact relationship we can between an operational coal-fired power plant, its kind of distribution or plume of emissions, and what that means for neighboring populations. Once we have those linkages down, we hope to try to develop a series of policy scenarios that relate to various phase-out trajectories of coal-fired power plants to be able to provide insights into the potential benefits of these different energy scenarios for Pennsylvania. Scientifically, that's what we're really trying to understand. What might the benefits be really from environmental and health perspective of different scenarios for energy transitions in Pennsylvania? And how can that kind of direct policymaking at the state or regional level?

HOST: What are the benefits of having an interdisciplinary team on a project such as this?

EP: Just to mention my collaborators on this project, I'm working with Wei Peng, who is an Assistant Professor at the School of International Affairs and the Department of Civil and Environmental Engineering. And Hannah Wiseman, who is a Professor of Law here at Penn State Law. Both of my collaborators bring kind of different disciplinary perspectives than myself. Wei is a climate scientist who studies kind of energy and climate change and does a lot of work in air pollution modeling. And then Hannah specializes in energy law. So she brings kind of the, the legal side of thinking through some of these questions. I myself am environmental economist and interested in energy and environmental policy. Our three disciplines together allow us for really thinking about these energy transition questions, hopefully from a very holistic perspective. So what we're really interested in as a team is understanding kind of the steps in the energy generation process and their implications rate. So we're interested in the coal-fired power plant operations, what that means for emissions and environmental quality. And then what that means for kind of health or other economic impacts. And so our interdisciplinary team that really helps us to understand each part of this kind of chain. For understanding kind of the first part of the chain, understanding the operations of coal-fired power plants in the emissions and the environment and modelling the environmental quality impacts, we really have to understand the engineering and use tools and models from engineering to understand the emissions patterns and spreads. Then to relate this to kind of the environmental conditions and population measures such as health outcomes, we're going to use quantitative analysis tools that I use quite frequently in my work to try to understand these relationships. Surrounding kind of that, that whole trajectory, we're really interested in understanding existing and potential energy transition scenarios and for that kind of the policy and legal expert piece come in to develop scenarios that makes sense for Pennsylvania and to include in our models.

What do you thinking about for the future next steps when it comes to this project?

EP: So kind of on the immediate side, we've been we've been kind of working on building up the first stage of getting together the resources and data that we need to actually do some of the air pollution modeling and, and emissions modeling from coal-fired power plants. So that's kind of the next couple of months, working with some grad students to develop both the air pollution modeling side of things, as well as to start thinking about the policy scenarios that can then inform future iterations of this model. So it's kinda, the immediate next step is really getting kind of the scientific research underway, getting these air pollution models underway on getting the data that we need for developing the policy scenarios. The kind of next step, the kind of broader next step then would be to think through what's, what those models are actually telling us and how to relate them to population impact. That's kind of the scope of the next year.

HOST: Thank you so much for spending time with us today on Growing Impact, Emily.

EP: Thank you so much. It was a pleasure talking with you.

HOST: You've been listening to Growing Impact, a podcast by the Institutes of Energy and the Environment at Penn State. I've been your host, Kevin Sliman. This has been season two, episode 4. Thank you for listening.