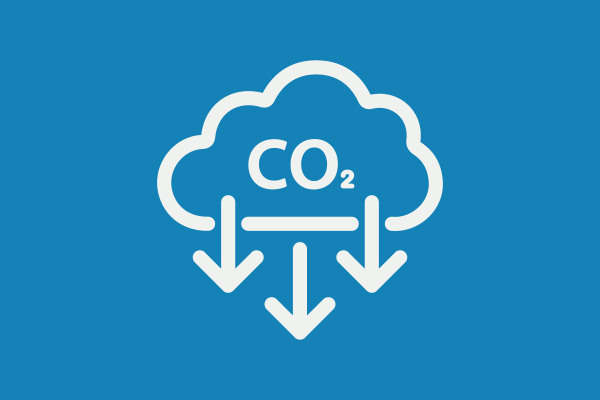 “Our house is on fire.” Greta Thunberg, the climate activist who spoke these words, was both literally and figuratively correct: Right now, wildfires are consuming beautiful forests in the American West. Comparably, like someone who forgets to turn off the stove after also neglecting to replace the smoke alarm battery, our production of greenhouse gas pollution and failure to eliminate it is worsening the fires, droughts, and storms that will kill and impoverish millions of people in this century and beyond due to climate change.

But what can we at Penn State do in the face of this global challenge?

I would argue that the first step is to get our own house in order. Penn State must eliminate the greenhouse gas pollution our University generates as rapidly as possible. The second step, which gives me hope and has motivated me to dedicate both my research career and much of my professional service to working on climate solutions, is to invent, develop, and disseminate the technologies, systems, policies, and human capital that will amplify Penn State’s climate solutions through our students and to the rest of the world.

In January 2020, just as COVID-19 was emerging, Microsoft announced that it would offset or eliminate all of its operational carbon emissions by 2030 and become “carbon negative” to remove its total historical emissions from the atmosphere by 2050.

That same month, I was serving on the steering committee for the University’s Stewarding Our Planet’s Resources thematic priority. I was inspired by Microsoft’s announcement to ask why Penn State, which has about 31,000 employees as compared to Microsoft’s 163,000 and is charged as a land-grant university with improving the lives and livelihoods of Pennsylvania’s people, couldn’t do the same. Why couldn’t we become carbon negative by 2030, or even sooner?

That initial question and the discussions that followed led me to convene a group of inspiring faculty, staff, and students called Penn State Carbon Negative, or PSU CaN (credit to Tim White, a PSU CaN co-lead, for the amazing acronym!). Throughout 2020 as the pandemic raged, we met over Zoom and worked to identify and vet strategies that would allow Penn State to eliminate greenhouse gas pollution from its operations and allow it to capture and safely store CO2, achieving “drawdown” and beginning to remove its historical greenhouse gas pollution.

The volunteer efforts of the PSU CaN team helped build an intellectual framework that, along with calls for climate action from many other campus groups, should augment the efforts of the newly formed Carbon Emissions Reduction Taskforce that was recently convened by President Barron. The Taskforce, on which I serve, will draw up a roadmap for Penn State to reach and exceed net-zero carbon emissions in ways that are achievable and affordable. This is a challenging task, but one that Penn State, a home of innovation and grit, is uniquely positioned to accomplish. We have much work to do, but I firmly believe that together, we can help build a Penn State that will be carbon negative, climate positive, an inspiration for our future students, and a global beacon of hope for addressing the climate challenge.